Describe, organize and publish data in a meaningful way.

Since 2015, Cognizone has participated in 15+ projects for the count of the Service Centre de Législation (SCL) and the Chancellerie Fédérale Suisse (ChF) aimed at describing, organizing and publishing legislative data in a meaningful way to be easily interpreted by humans and machines alike. 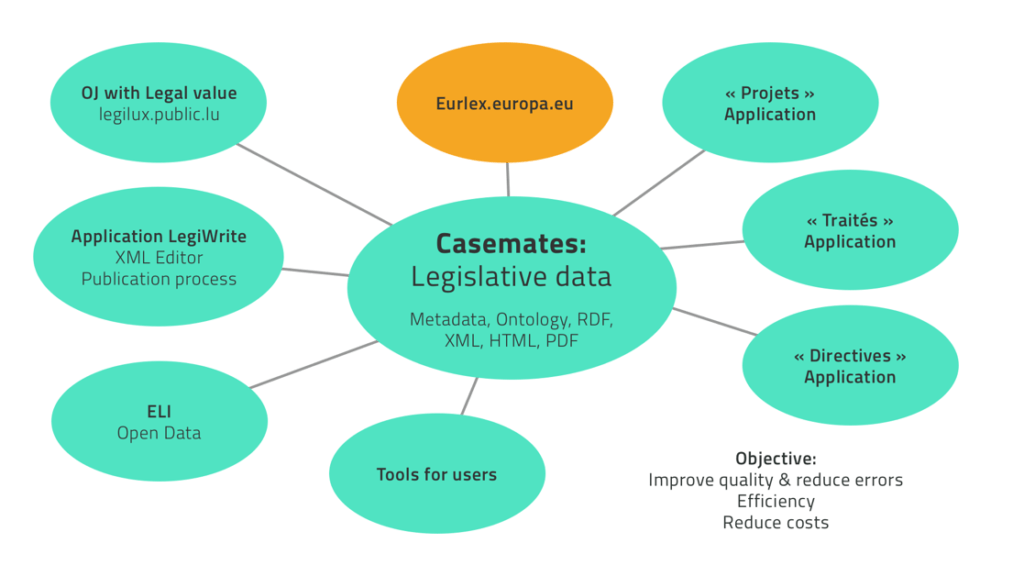 These initiatives offered us a unique opportunity to foster effective free and open access to the legal information in these two countries.

New areas to be tackled: Describe and enable other national stakeholders to participate in the preparation of the national legislations (citizens, chamber of deputies, …); comparisons tools between Luxembourg and Swiss legislation, propose the solutions of applications as open-source.

The “Casemates” project of the Ministry of State – Central Legislation Service is part of an approach to open and re-use data. This approach was defined by the W3C from the perspective of the “Semantic Web” or “Linked Data”.
The data.legilux.public.lu project makes it possible to recover and reuse both the content files and the descriptive metadata of Luxembourg legislation and legislative projects.

The Legi4CH project is a part of “Fedlex”, which is the name of the Federal Chancellery platform, currently undergoing modernization, on which federal legislation is published. This platform is primarily used to publish the Official Federal Gazette, the Official Compilation of Federal Legislation and the Classified Compilation of Federal Legislation, i.e. the consolidated version of federal legislation and international law texts.

One important aim of the project is to enable the re-use of the data on the federal legislation platform, as a form of “semantic web” and in line with the principles of Linked Open Data, as defined by the World Wide Web Consortium (W3C). 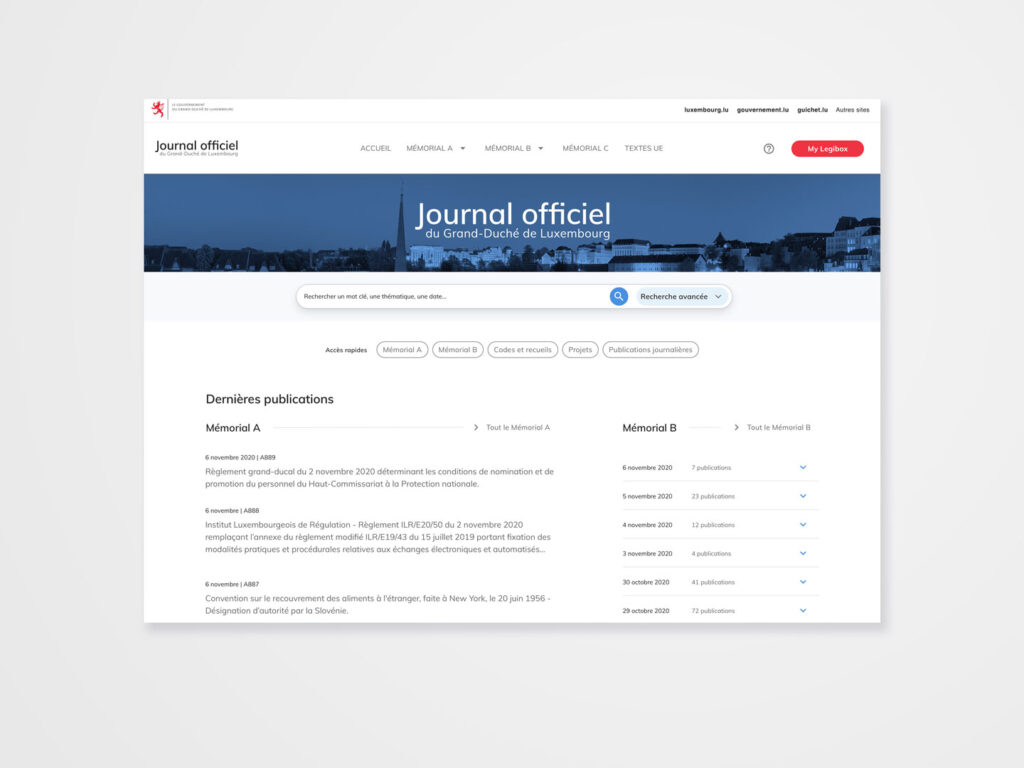