The beta version of Legilux is now live!

We recently launched the beta of the new website of the “Journal officiel du Grand-Duché de Luxembourg” for the Service central de législation.

How was Cognizone involved in the project?

The services and the expertise we provided in the context of the development of this new platform are broad :

We started the project by setting-up multilateral meetings with relevant stakeholders in the field of legislation in Luxembourg: …. To elicit even more requirements a survey was designed and shared via the production platform.

These requirements lead us to establish a roadmap including recommendations from our side on how to better foster the benefits of Linked Open Data on Legilux.

This led to the actual development of the platform to the state it is now using a combination of semantic technologies as well as a robust and modern development framework.

During the beta, the Service central de légisation is collecting feedback from end-users to further enhance the portal before its official launch.

Which technologies are used?

The Legislative Knowledge Graph is stored inside Virtuoso instances composed of RDF triples.
The graph is accessible via a SPARQL endpoint where interested parties can use SPARQL queries to retrieve the graph in part or in full.

Due to the high number of users, serving the content directly through SPARQL queries does not match appropriate response times; for that reason, we use Elasticsearch to index and enable faster and faceted search on the legislative content. This methodology is also used by big companies such as Netflix, obviously delivering other types of content, including some really nice lawyer movies 😄

The Legilux website is based on the latest version of Angular a modern web developer platform.

We hope you’ll enjoy playing and working with the new website as much as we liked conceiving and developing it.

Read more about legislative open data in this article: https://www.cogni.zone/legislative-open-data/ 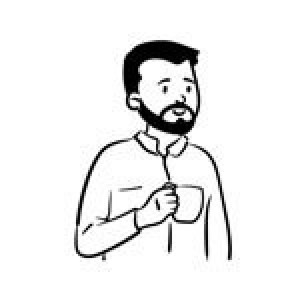 A valuable resource to unlock the Power of cURL and SPARQL

What is a SPARQL Endpoint?

RDF and SPARQL to enable the creation of linked data

Let’s build together the foundation for knowledge and content management in your organisation.